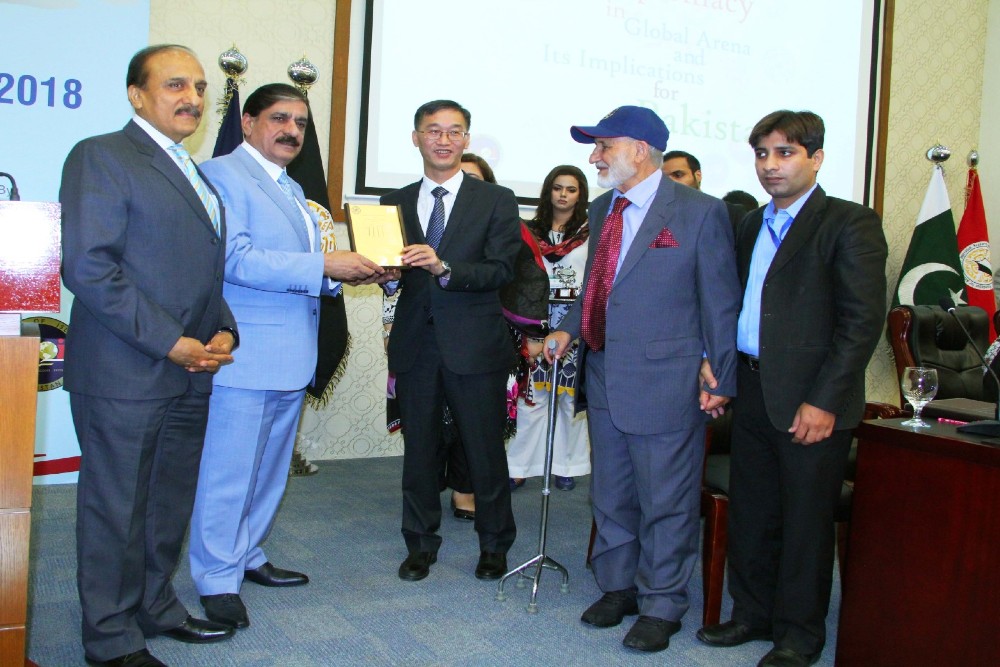 Islamabad: Bahria Town Intellectual Forum (BTIF), a subsidiary of Foundation for the Advancement of Innovation, Research & Education (FAIRE) hosted one day seminar on “Economic Diplomacy in Global Arena and its implications for Pakistan” at University of Islamabad, Bahria Golf City, Murree Expressway on May 03, 2018.

Prominent scholars, from Pakistan and abroad, exchanged views on economy, diplomacy, defence and security in the context of fast changing regional and global socioeconomic and sociopolitical scenarios.

Participants of the seminar discussed the opportunities and prospects of economic diplomacy I the era of globalization, direct foreign investment, global economic revival and security. The aim of this seminar was to explore the potential of economic diplomacy for short as well as long term benefits.

In his address Governor Sindh Mohammad Zubair congratulated FAIRE-BT, Bahria Town Forum of Intellectuals and University of Islamabad on arranging such an enlightening seminar which will go a long way to strengthen Pakistan’s role in regional trade. Chinese Ambassador to Pakistan H.E Mr. Yao Jing said that ‘One Belt, One Road is opening up a new horizon of progress for Pakistan. He expressed the hope that the two countries will achieve their economic targets very soon. Out of the 22 projects 8 have already been completed.’

National Security Advisor Lt. Gen. (r) Nasir Kahn Janjua in his address termed economy and defence as the two sides of the same coin and emphasized the need of a strong economy for stronger defence. Former Secretary Foreign Affairs Mr. Salman Bashir highlighted the need of CPEC, Gwadar, Chabahar informing the audience that these development projects are focus of friends and foes alike. Lt. Gen. (r) Naeem Lodhi shed light on different aspects of economic diplomacy. Maj. Gen. (r) Mohammad Ali President Bahria Town Intellectual Forum called the seminar a multidimensional project which will benefit not only Pakistan but the region, in the long run.

The two main objectives of this initiative are to formalize a plan for projection, promotion and protection of national economic interests through economic diplomacy and to provide a platform for highlighting the importance and benefits of economic diplomacy for presenting solid and well thought out action plans to counter emerging economic challenges.

Needless to say that economic diplomacy is the use of state’s economic tools to safeguard its national interests through peaceful means. In today’s globalized sphere, power means a nation’s potential to harmonize with the global economy. Therefore economic diplomacy emerges as major determinant of the foreign policy of any country.