The Grand Jamia Masjid is a proud identity of Bahria Town Lahore and symbolizes Pakistan throughout the Islamic World. Truly a masterpiece, the mosque’s interior is absolutely magnificent, with breathtaking views representing the fusion of traditional Islamic architecture with Pakistani culture. The carpet has been custom-made and imported from Turkey, there are over 50 luminous Persian chandeliers, creating a vibrant Islamic ambiance. The structure comprises 4 minarets, each standing tall at 165 ft. and a Grand Dome in the center, which is surrounded by 20 smaller domes. The most fascinating feature about this masterpiece is that the exterior consists of 4 million, 2.5 inch handmade Multani tiles made from special Multani mitti and hand placed by the craftsmen. Placing these tiles alone took 4 years to complete. The total capacity of this magnificent piece of Islamic architecture is 70,000 making it the world’s 7th Largest Masjid. It has an indoor capacity of 25,000, labeling it Pakistan’s Largest Masjid. There are dedicated praying areas for women, a school and an Islamic Art Gallery.

Quranic Library at Grand Jamia Masjid Lahore features some rare handwritten transcripts of Holy Quran as well as rare collection of Ahadith and books on. The display is unique as it showcases more than 68 handwritten copies of Holy Quran, with some estimated to be 300 to 700 years ago. In the gallery, dozens of original images of Holy Kaaba, Masjid-e-Nabvi and other holy places captured in early 1900s have also been put on display. The one of its kind in Pakistan, the gallery also features handwritten translated copies of Holy Quran in 17 languages, artfully designed models of Masjid-e-Nabvi including battlefields of Ahud & Badr. 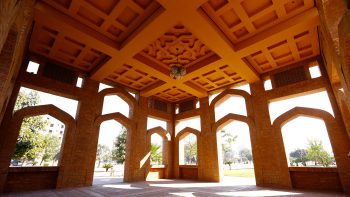 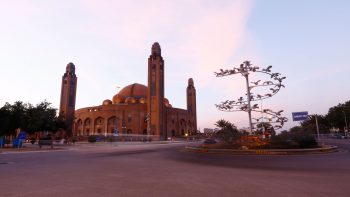 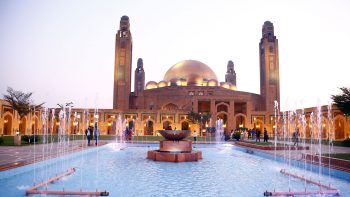 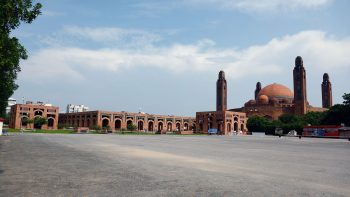 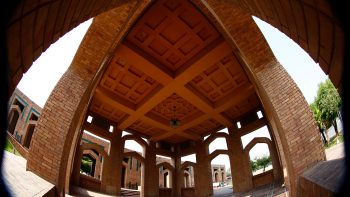 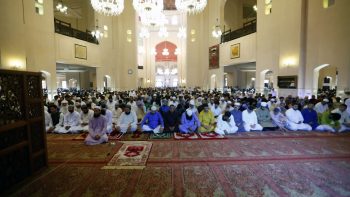 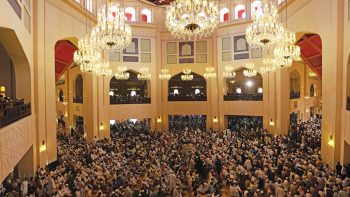 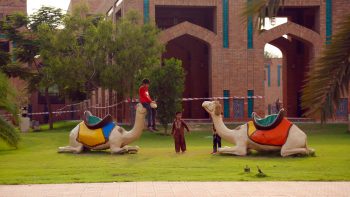 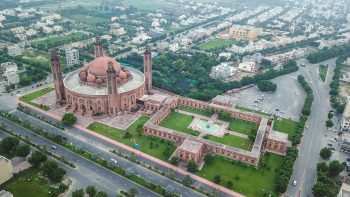 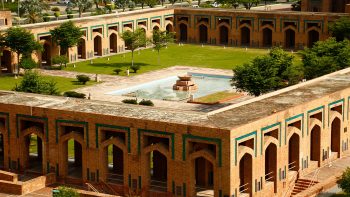