Financial support is provided regularly to those afflicted by any tragedy. This provides them with the assistance to start their business/ livelihood and not only live as responsible and independent individuals but also support their dependents.

Besides this regular financial support support is provided to disabled, widows and those who cannot provide for themselves.

On 27th August 2017, a fire erupted in the garments section of Islamabad’s Sunday Bazaar, causing huge loss to small businessmen. This news saddened Chief Executive Bahria Town Mr. Ahmed Ali Riaz Malik who promptly announced a relief amount for the affectees of the tragic incident, which was distributed through cheques.

Bahria Town announced the financial assistance for victims of Karachi masjid where shed of masjid collapsed when the mosque was overcrowded during prayers for the first Friday of the holy month of Ramadan, five people were martyred and over a dozen injured.

Rs.1 million was given to the heirs of each martyr while Rs. 0.2 million was provided for each injured person. Bahria Town also completed the repair of the masjid.

The operation Zarb-e-Azb in North Waziristan could only be conducted after evacuating the entire population of the area. This created an IDP crisis of 1 million people who were left homeless.

In an incident of fire eruption in the Timber Market Karachi, Bahria Town came forward to compensate the traders’ loss by distributing Rs. 1 million cheques among more than 70 traders whose businesses were demolished due to the unfortunate incident.

In accordance with the concept of healthy and peaceful society, envisioned by Malik Riaz, a step has been taken to acknowledge the sacrifices made by Sindh police by presenting cheques worth Rs. 1 million along with a plot to each of the families of cops killed in the metropolis, Karachi

A young student who was severely injured during attack on the Army Public School (APS) was sponsored for entire treatment by paying £71,000 (over Rs11 million) at Harley Street Clinic. Ibrahim’s surgery lasted for six hours. Ibrahim who was bed ridden and unable to move since the APS attack is now able to stand on his feet and walk – within a week after the surgery.

At least 1,300 people died of the heat wave across Sindh during the summer season of 2015. Each family was given Rs. 5 lac in compensation by Bahria Town. The ceremony was held at CM Sindh House in the presence of federal & provincial ministers. Bahria Town team also visited local hospitals and distributed cheques to the heat stroke patients under treatment.

Bahria Town was the first one to step up and provide financial support to the families of the Baldia Town Karachi fire victims, as time is a crucial factor in times like these. A cash compensation of Rs 200,000 was given to the families of the deceased and Rs 100,000 for the injured. A total of Rs 60 million was paid to the victims.

VALOR MANAMA: THE TRAGEDY OFF THE NIGERIAN COAST

Rescue operation to bring home 20 staff members on board a ship stuck in Nigerian coast for 6 months Under special instructions of Malik Riaz Hussain Bahria Town provided food and other necessities to the crewmembers trapped on the ship and financial support to their families back home in Pakistan.

A hefty amount of ransom was paid for the freedom of the Pakistani Naval crew aboard the MV Albedo. These sailors had been in the custody of the pirates for over a year. 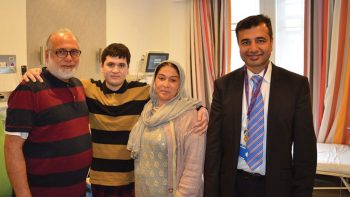 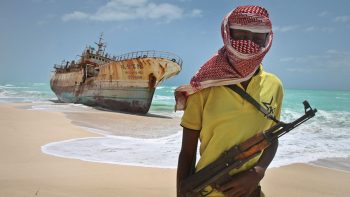 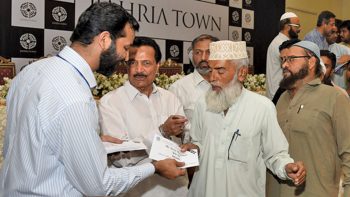 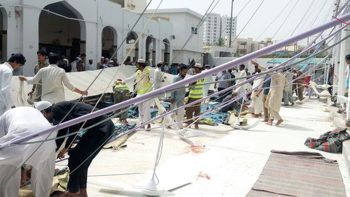 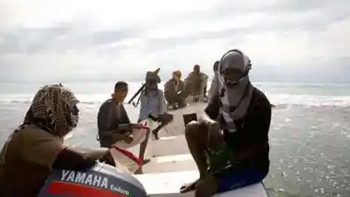 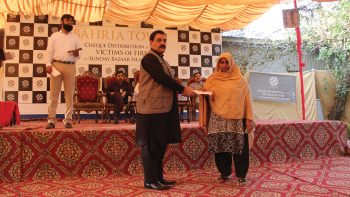 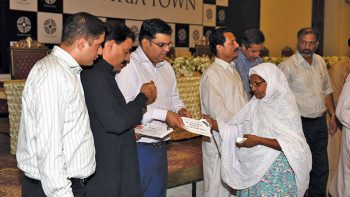 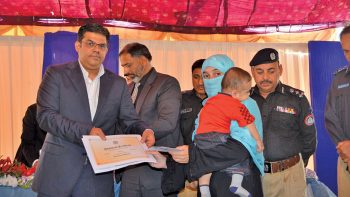