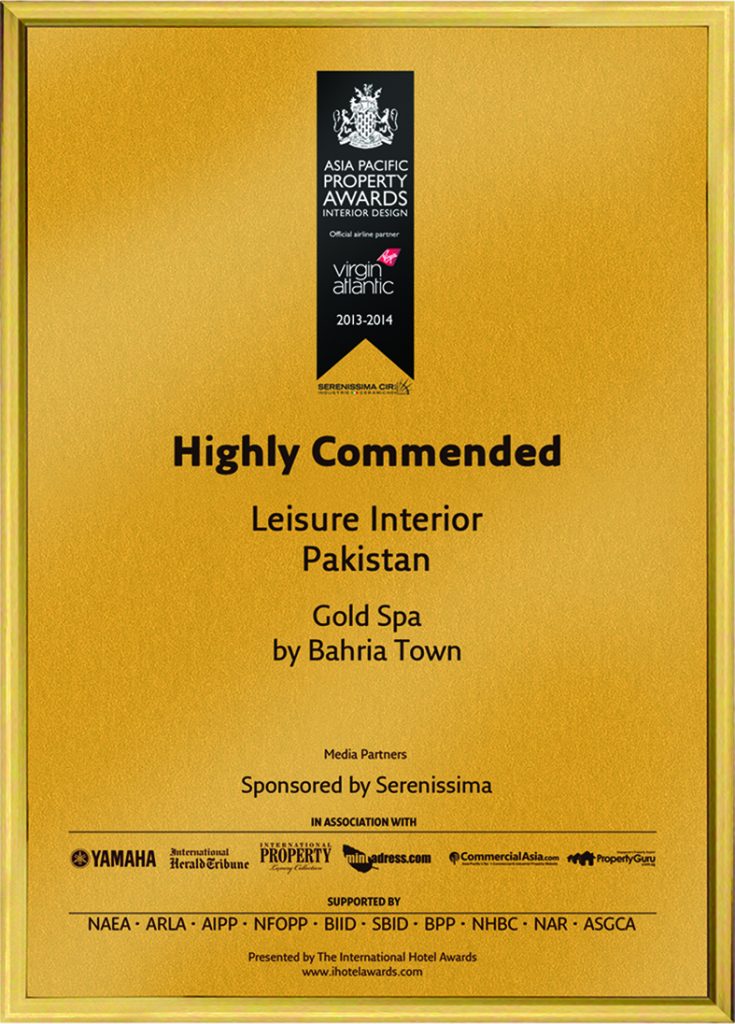 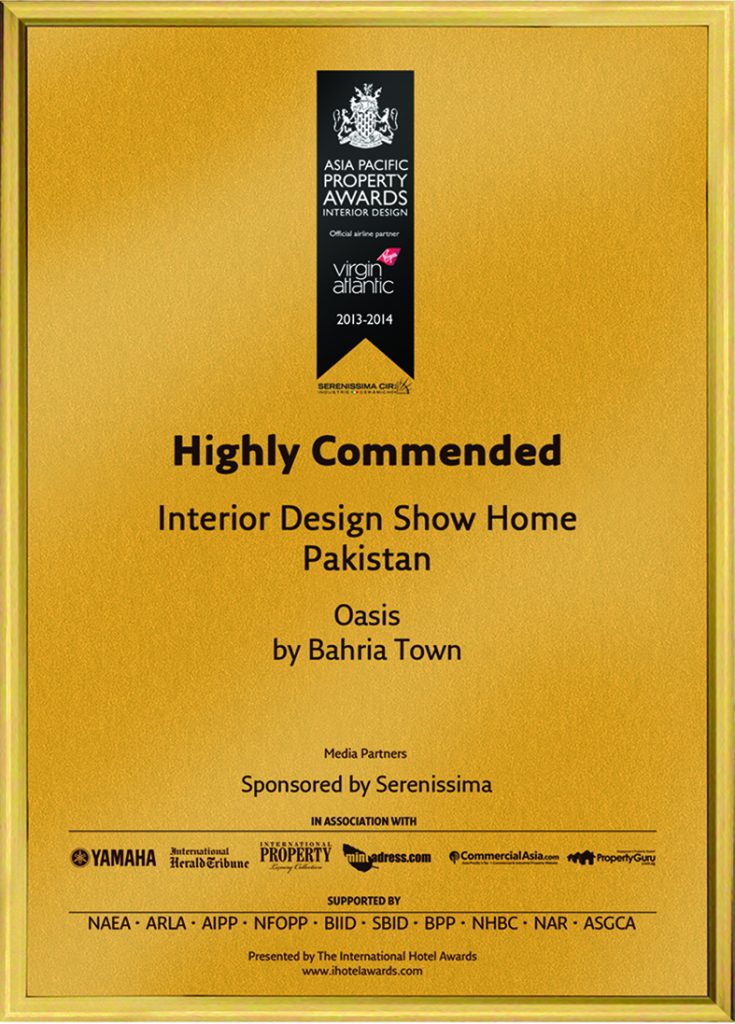 Bahria Town was the only property developer from Pakistan to win the prestigious property awards. Out of the five accolades two received were in the “Five Star” category whilst the other three were ranked as “Highly Commended”, another great achievement and proud moment Bahria Town earns for Pakistan. The awards are a sure proof that Bahria Town standards are at par with the global standards.

Speaking on the achievement, Malik RiazHussain, Chairman Bahria Town, said, “This is an extremely proud moment for not only Bahria Town but the entire nation also. We are honoured to be a part of a historical moment in real estate sector of Pakistan. The accolades are a testament of the exceptional standards maintained in all our developments. We will InshAllah continue to deliver world class projects exceeding everyone’s expectations.”

Green Valley, Pakistan’s first Premium Supermarket, also a project of Bahria Town with its flagship store at the Mall of Lahore,won a “Highly Commended Retail Interior” award for its outstanding retail environment.

The Spa in Bahria Town Rawalpindi, which is an entertainment & leisure marvel, was ranked “Highly Commended Leisure Interior”.

Bahria Town’s iconic developments were selected by a judging panel of over 65 industry professionals, whose collective knowledge of the property industry is unsurpassed by no other.

Stuart Shield, President of the International Property Awards, said, “We received a record number of entries for the Asia Pacific region this year and the standard was extremely high. Any company to win one of these awards has shown exceptional levels of professionalism and competence in their respective field.”

Bahria Town achievements have been making headlines across international media as well. CNN, Newsweek, LA Times, The National & Euro Asia Industry have all applauded the success story of Bahria Town. The Newsweek Magazine, in an article ‘Safe behind their walls’, dated 23 February 2008, addressed Bahria Town’s facilities as “amenities that go above and beyond those in many of the gated communities that have become so popular in the countries from the Unites States to Brazil.” Los Angeles Times in an article dated October 6, 2011 stated “Residents tout Bahria Town as model for the government.” Euro Asia Industry, a UK based industrial magazine covered a detailed sketch of Bahria Town over a generous 6 page article in its 2011, 7th issue and wrote “Bahria delivers a unique concept, residential communities and commercial projects way ahead of their time. It has successfully delivered several large-scale residential projects in Islamabad, Lahore and Rawalpindi; cities within cities. That is why, Bahria Town not only has the real estate division but also education, healthcare, hospitality, retail/leisure & media business segments.”