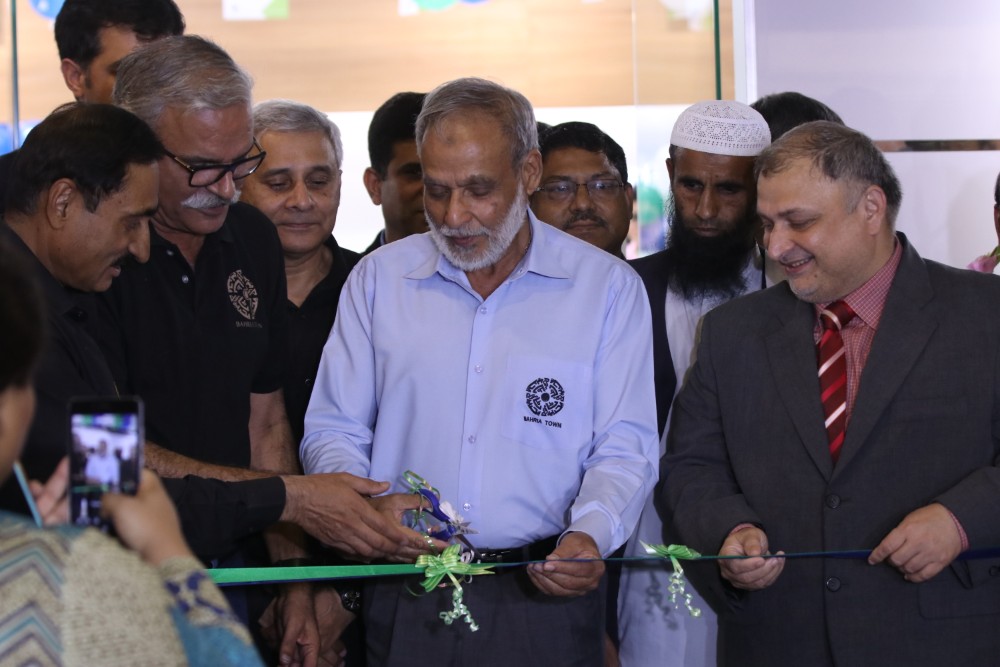 KARACHI – Bahria Town (Pvt) Limited has inaugurated the second branch of its latest venture ‘Escorts Investment Bank Ltd.’ at Bahria Town Head Office in Bahria Town Karachi. The branch has been made operational after the successful launch of EIBL in Bahria Orchard Lahore, last week. In the presence of a highly esteemed gathering, the new branch commenced its operations on Monday.

Admiral Hayat, COO Bahria Town Karachi performed the ribbon-cutting to officially launch the operations of the branch, along with CEO Escorts Investment Bank Limited, Naveed Amin Khawaja who was present at the ceremony which was attended by the top management of both sides.

In his media interaction, Admiral Hayat COO Bahria Town Karachi said: “The initiative is meant to complement the lifestyle of our residents. The bank is here to offer housing finance for construction of homes, to the members of Bahria Town initially in 3 major cities of Pakistan. Bahria Town aims to promote low-cost housing. We have already inaugurated a branch in Lahore and we are looking forward to starting one more branch in Rawalpindi very soon.”

On this occasion, CEO Escorts Investment Bank Limited, Naveed Amin said: “By the grace of God, we have successfully launched our first branch on 15th February in Lahore and as promised by CEO Bahria Town Ahmed Ali Riaz Malik we have started our Karachi branch today on 19th Feb.” He further said, “we are very grateful to SECP for having faith in us and our team will make sure to rise above the standards already set.”

New branches of Escorts Investment Bank Limited will be opened. One of these branches will be inaugurated in Bahria Town Rawalpindi, by the end of this month.
These developments are in line with Bahria Town’s tradition of undertaking projects for the benefit of the citizens of Pakistan.

Bahria Town Karachi is the best and the safest master-planned community in Karachi, which is easily accessible from other parts of the city, having a separate entrance on M9 Expressway.