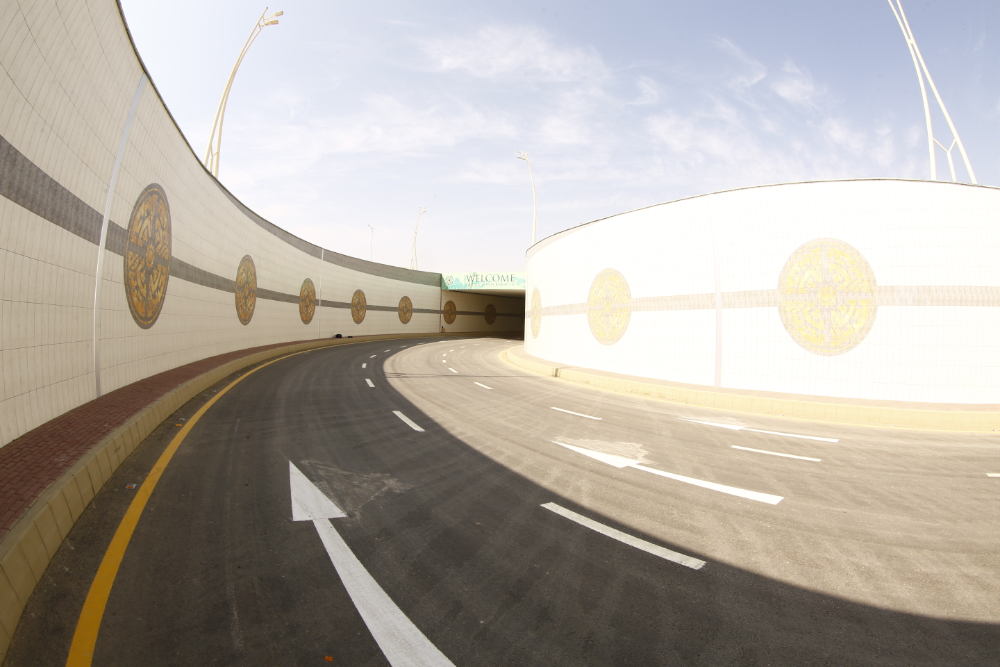 Karachi: Bahria Town Karachi opens its newly built dedicated Interchange on M9 Motorway for public. Bahria Town-M9 Interchange is Pakistan’s first massive public infrastructure to be constructed and fully funded by a private real estate developer. The objective behind this mega project is not only to assist the commuters living in Bahria Town but it will also be a boon to travelers at large.

8 km long, the projects includes 3 underpasses, multiple slip roads, access roads, service roads, part of M9 that passes through the interchange, extension of an existing bridge, construction of a new bridge and a causeway. The 35 acres of land on which the project has been built, is a beautiful combination of horticulture and infrastructure where elements such as trees, shrubs, plants are used artistically alongside the network of roads, pavers and walk ways. Modern drainage system is also part of the project. The part of M9 that passes through the interchange widens into a 4 lane for more ease. The area of interchange has also been cordoned off by an 8 feet high grill and a 3 feet high guard rail.

Residents of Bahria Town and the public travelling on M9 were overjoyed and praised the timely completion and high quality of the project.

5 years ago Bahria Town constructed a modern and sophisticated set of underpasses and a flyover bridge in Clifton in its efforts to upgrade the living standards of the people and ease of conveyance in Karachi. These efforts were also supported by massive Clean Karachi Campaign that was proactively launched by Bahria Town Karachi while striving to revive the beauty of the city.