Two meals a day for the poor is a small contribution but, even small contributions can make a big difference. Bahria Dastarkhwan is Bahria Town’s humble yet promising effort to eradicate hunger from Pakistan. Starting small in the year 2008, today this largest network of soup kitchens in Pakistan is feeding hundreds of thousands of mouths every day, in many cities across the length and breadth of our beloved homeland. An unprecedented initiative providing FREE meals, twice a day, to more than hundred thousand people throughout Pakistan.

Hunger and destitution disturb the socioeconomic equilibrium escalating the incidence of several social evils and crimes, leaving threadbare the very social fabric, which guarantees survival of human civilization. Bahria Dastarkhwan is an effort, on the part of Bahria Town, to build a more balanced society by sharing

What we have with everyone transcending the bounds of culture, class

and creed.  Its impact is not only felt by the poor who come and eat there but also by the families they have left behind who benefit from the hard-earned money which they save on each free meal.

Bahria Dastarkhwan is continuously expanding its network to serve more and more people.

Every person who attends Bahria Town Dastarkhwan is treated as a guest, so as not to hurt his integrity, and served with quality & hygienic food on tables in air-conditioned halls with separate arrangements for males & females. The doors are open for everyone. There is no restriction on people or quantity of food asked by each.

Each Dastarkhwan has its own kitchen in its premises. Fresh food is prepared daily by the staff. Food is prepared in an hygienic manner. The menu keeps rotating with pulses & meat. Halwa as a dessert is also added on Sundays. During the Holy Month of Ramadan special iftar is also served.

Special security arrangements are made to avoid any unpleasant incident. Walk through gates are installed. Male and female security personnel are deputed to check gents and ladies respectively. Fire brigade staff with vehicles and medical staff are also deputed. 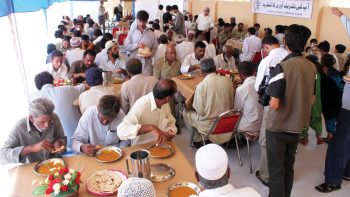 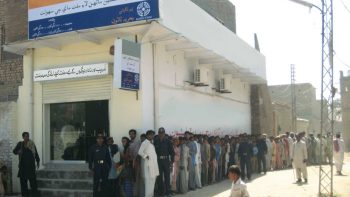 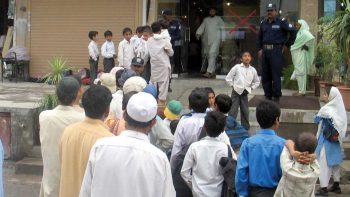 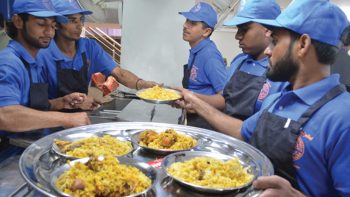 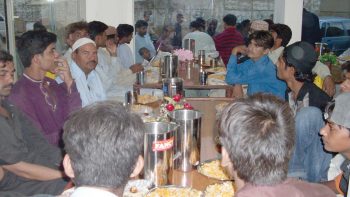 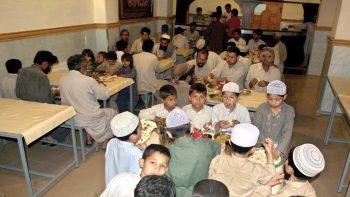 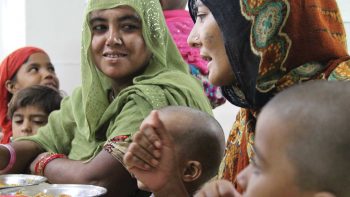 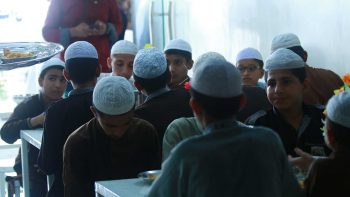 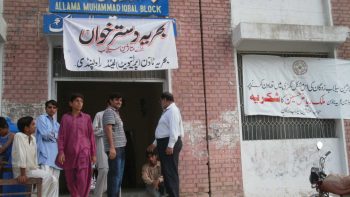